From December 2nd to 5th, the first Belt and Road Local Cooperation Committee (BRLCC) conference was held in the City of Hangzhou, capital of Zhejiang Province, China. Mingle Advisors was honored to take part in this meaningful event together with representatives from the City of Oulu, Finland, and other member cities of the BRLCC network.

The Secretariat of BRLCC was permanently based in Hangzhou as of summer 2017, making it the key focal point of the progress of the Belt and Road Initiative. The cooperation activities and projects cover the economy, culture, education, local and regional government, and thedigital economy. 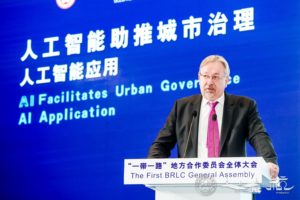 The event in Hangzhou earlier this month marked an important turning point in the consistently strong relationship between Hangzhou, a key city leading China’s efforts towards an innovative and high-tech economy, and Oulu, Capital of Northern Scandinavia.

The highlight of the event was when Kyösti Oikarinen, Chairman of the City Board of Oulu, was elected as Vice President of the Belt and Road Local Cooperation Committee (BRLCC) in China on Monday, December 3rd. His term on BRLCC is settled for five years. 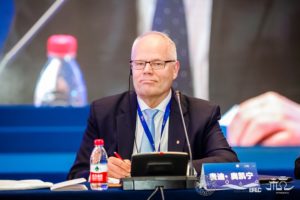 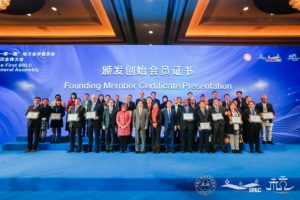 Oikarinen was elected to the BRLCC Secretariat’s leadership as the only European city representative, further instilling the importance of such decision. Through this announcement, it is clear that Oulu and Finland will remain as important players in facilitating and furthering foreign innovation in China, as well as bringing Chinese innovation into Finnish and European markets.

As a result of Oulu’s participation and now presence amongst the BRLCC, Finnish companies have already begun to see rapid growth in support and opportunity for growing industries in China including but not limited to: 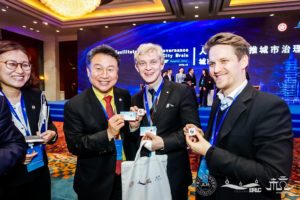 Mingle Advisors has long been a proponent of Hangzhou as an entry point for foreign and Finnish companies into China. With unwavering support for foreign innovation and technology, along with strong talent pools and local ecosystems, Hangzhou has created a culture of innovation around the city that is hard to ignore.

Hangzhou’s partnership with Oulu comes as no surprise as this Finnish city is known for its cooperative, competent people, active development, high-class services, versatile business structure, and a strong economy. The union between Hangzhou and Oulu will without a doubt further and exponentially increase the incredible innovation already coming out of these two tech hubs.

Based in the innovative powerhouse of Hangzhou, Mingle Advisors has worked hard to support the process of deepening relations between Oulu and Hangzhou as well as Finland and China, and also the entirety of the foreign innovation ecosystem that has come to surface.